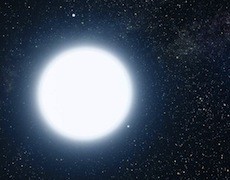 With a team led by Julija Bagdonaite and Wim Ubachs at VU Amsterdam, we measured the proton–electron mass ratio in a strong gravitational field for the first time, in the “atmosphere” of a white dwarf star that shows molecular hydrogen absorption lines in its spectrum.

We found that the proton–electron mass ratio was the same as here on Earth, to within just 50 parts per million. This is the first time this has been measured in such an extreme environment.

For more details, see the media release from the Foundation For Fundamental Research on Matter (in English and Dutch).