Congratulations to our friend and colleague at UTMOST, Professor Anne Green, who has been made a Companion of the Order of Australia in the Queen’s Birthday Honours for 2022,

“…for eminent service to science, particularly physics and astrophysics, as an educator and researcher, as a mentor to colleagues and students, and a role model to women.”

Anne Green served as director of the Molonglo Radio Observatory for more than a decade, and has been instrumental in the Fast Radio Busts and pulsar timing programs we operate at UTMOST and UTMOST-2D.

She has also served as president of the Astronomical Society of Australia from 2003 to 2005. 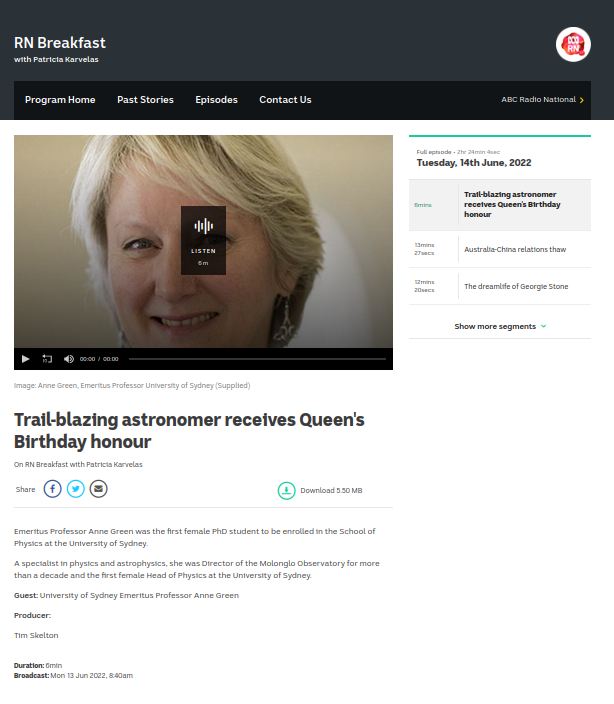